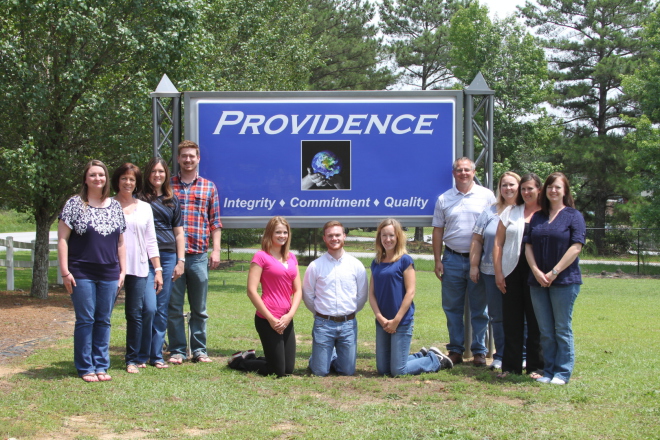 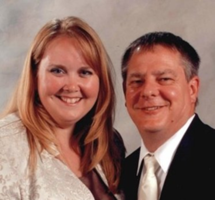 Jennifer began her career in the telecommunications industry in 1993  She has successfully owned and managed two consulting companies during her career providing services to wireless providers like BellSouth Mobility, Tritel, T-Mobile, Cingular, and AT&T.  During that time Jennifer has managed real estate activities for multiple carriers, self-performing and overseeing hundreds of new builds and thousands of site mod/technology upgrades. An honors graduate of Auburn University, Jennifer is also a Certified Six Sigma Process improvement Yellow Belt and holds Real Estate Broker licenses in Georgia and Alabama, and a Salesperson license in Texas.  Jennifer is married, has 2 step-daughters and 3 grandchildren and enjoys getting away to the lake for fun and relaxation. 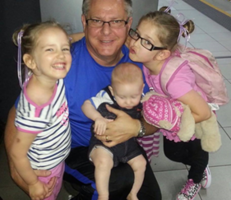 Ron entered the wireless industry in early 2000 following the development and sale of a successful office equipment business in North Texas. He entered wireless as an agent for Jade Consulting, Inc, then, following 5 years with Bechtel Telecommunications he co-founded Providence with wife and industry veteran Jennifer.   Ron is a licensed real estate broker in Georgia, Alabama, and South Carolina, and is a Certified Six Sigma process improvement Yellow Belt.  Ron has 2  daughters and 3 grandchildren.  In his spare time he enjoys golf, boating, and talking wirelessly around the world as a licensed Extra Class amateur radio operator.  Ron is also a Private Pilot, and enjoys flying his Piper 6x airplane whenever possible.

Bekki has been with Providence since October of 2010. She is the office manager as well as a licensed agent handling site acquisition duties for NSB and mod projects.  She is married to Jamie and together they have 3 children.

Rhonda joined the Providence team in 2012.  She has worked in the Real Estate industry for 13 years. She has held a Georgia Real Estate License since 2002. Rhonda is married with 5 children and 8 grandchildren. She loves and enjoys family, children and photography and can be easily bought with dark chocolate. She strongly believes in the power of positive thinking and thinks a smile is the prettiest thing a girl can wear! Her favorite quote: "Let your smile change the world, don’t let the world change your smile." 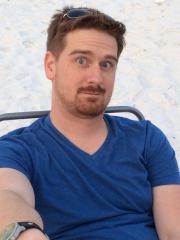 Seth came to work with Providence in June 2013 after receiving his college degree.   He has a technical background and has enjoyed learning the wireless business.  He is a gifted musician and enjoys jamming in Providence's new warehouse/studio space. 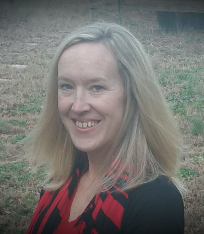 Leslie joined the Providence team in January of 2013.  She began her real estate career in commerical development in 2004.  She obtained her brokers license in 2010.  She enjoys outdoor activities with her husband and two children. 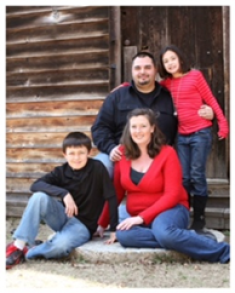 Amanda came to Providence in 2013 after having worked in the Planning & Development area for 7 years specializing in document retention as an administrative assistant for development.  Amanda's roles include document control and accounts receivable / payable.  Amanda enjoys spending time with her husband and two children.  She enjoys scrapbooking and bringing memories to life in her spare time. 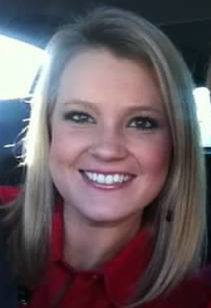 Becca came to Providence in 2014, where she works on tower modifications and maintains the procedures for her team.  Becca has worked in the real estate industry since 2006. She began her career working for one of the largest multiple listing services in the country, before moving to Providence.  In her spare time, she is a certified personal trainer and trains most of the employees here at Providence.  Becca is happily married and they are blessed with their son, Brody. 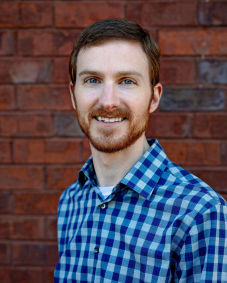 Zach initially began working at Providence in 2009 and was glad to rejoin the team in 2015 after taking some time away to attend grad school. He holds active Real Estate Salesperson Licenses in Georgia and Alabama and has 14 years of experience in residential sales and leasing along with his work in the telecommunications industry. Zach is also a Licensed Clinical Social Worker and enjoys time outside the office providing psychotherapy and training new foster families. When he is not working, Zach loves to travel and spend time with his wife Melissa, their daughter, and their goldendoodle Millie. 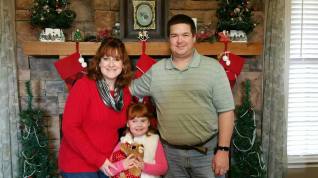 Jason joined Providence in February 2017.  He has a diverse background in the Manufacturing Industry.  He has been Supervisor, Engineer, CAD/CAM Programmer and Instructor.  Also, has a background in Electronics and IT.  Jason is happily married and has a daughter.   He enjoys spending time with his family doing outdoor activities. 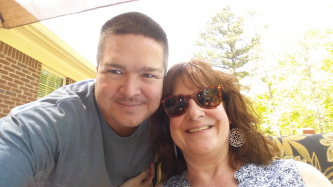 Wendy Cowan  joined the Providence team in April 2017. She worked 20 years in the poultry industry & is excited with her new career in telecommunications. She enjoys reading, shopping, & spending time with her husband, Jason & daughter Ava. 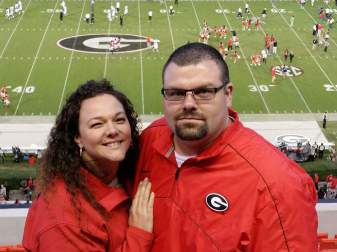 Jessica Hanna joined the Providence team in July 2017.  She worked for 9 years in the Multi-Family Housing/Property Management Industry before making the transition into the telecommunications industry.  She holds an active Georgia Real Estate Salesperson license.  Jessica is happily married and enjoys being outside and spending time with her three dogs. 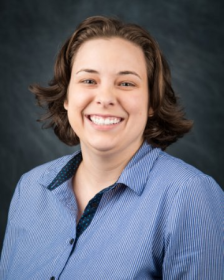 Brittany joined the Providence Team in December 2017 after working in the Healthcare Information Technology industry for over 6 years.  She earned her Bachelor's Degree in 2009 from Welch College and has recieved several certifications in the  IT Industry, including Certified Scrum Product Owner (CSPO).  In her spare time, she enjoys writing and playing music, traveling, and playing golf. 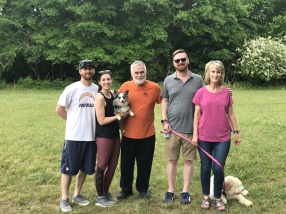 Donna joined Providence in February, 2019.  Previously, she worked 16 years in the Education field.  She is married with two sons and a lovely daughter-in-law.  When she isn’t working, she loves spending time with family, baking, hiking, training her Goldendoodle puppy and her Etsy business. 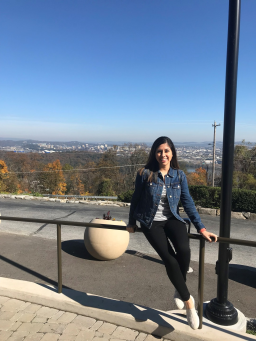 Marisa joined Providence in November 2019.  She graduated from Georgia State University in 2015.  She has worked in customer service and accounting and is excited to start a career in telecommunications.  In her spare time she likes to work out, read, and spend time with family.

Vanessa joined the Providence team after moving to Georgia from Louisiana in 2019.  She’s excited about learning and growing in the telecommunications field.  When not working, she enjoys spending time with her 7 year old granddaughter Brayleigh, being a servant of God and exploring new local surroundings.

Connie joined the Providence team in February 2020 after being in the wireless industry since 2002 and wearing many hats along the way.  Connie loves what she does and feels success has been due to hard work, determination and a belief that she can do whatever she sets her mind to and a willingness to step outside the box to do so.  Connie say’s her greatest accomplishment thus far have been being Mom to Ane’ Jelena, Laura and Levi, Jarrad and Mallory and Nana to Kristofer, Kobe, Lorelei, Tatum, Tenley and Leighton.  Connie has lived in Walnut Grove/Loganville since 2008 and spends her spare time enjoying living daily life with her thirteen year old Ane’J, Sunday worship at Free Chapel, family gatherings, outings to the lake or where ever life’s next adventure takes her with her Children and Grandchildren. 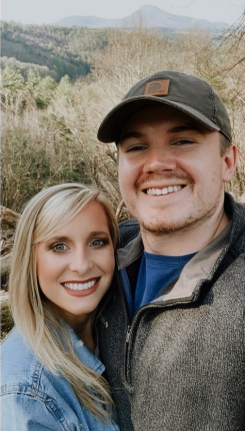 Kelsey Underwood joined Providence in March of 2020 as a Project Support Specialist. When she is not working she enjoys working out, hunting with her husband Luke, and spending time with family.